Rethink the funnel. Customer intent is the 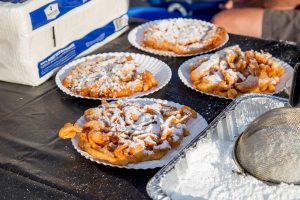 Customer intent is the winning ticket.

I am in complete agreement with the excerpt below from Avinash Kaushik, Digital Marketing Evangelist at Google. Instead of pushing buyers through a metaphorical funnel, view prospects and customers in the four stages of their “intent.” See, Think, Do, Care. It takes more strategy, and more custom marketing (and thus resources), but I have seen this type of direct marketing to a very targeted audience, time and time again, work very well.

The “See” cluster is the largest addressable qualified audience. For example, Kaushik described a financial institution whose “See” cluster (its broadest target audience) was people who had responsible spending habits and complex financial needs. This financial institution defined the “Think” cluster as people who are gainfully employed and have had a life-changing event. In the “Do” cluster are people in the later stages of financial decision. And in the “Care” cluster are not just customers but loyal customers who have been with the financial institution for more than two years. Ultimately, Kaushik said visualizing potential buyers by their intent, which we can discern by their online behavior, is a far superior approach than the traditional strategy of viewing prospects by their demographics.

Application. To reach the warmest potential client i.e., the “Do” cluster, based on previous client intent/habits, what is driving the fact they are in the later stages of a financial decision? Marriage, new job, baby on the way? If so, you can target them with value-add posts on Facebook, by selecting behaviors, i.e., maybe they are signing up for Lamaze classes, maybe they are searching for the best schools… a timely post about saving for your child’s education would resonate and if creative and eye catching, it is a good probability the post will cause action.

Spinning Your Wheels on Marketing?

If Disney can’t get its messaging right…